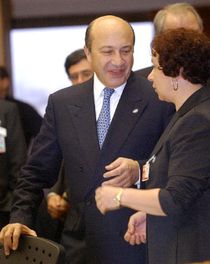 Fluent in Spanish and English.
Married, has a daughter.