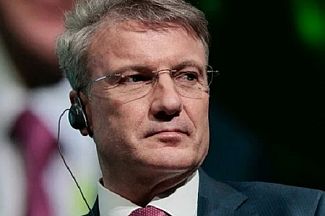 Chairman of the Executive Board of Sberbank

Born Feb. 8, 1964 in the Panfilovo Pavlodar region of Kazakhstan.


2007 - present, CEO, Chairman of the Executive Board, Sberbank of Russia

He speaks German and loves Goethe and German Expressionism.
Gref has been married twice and has two children.