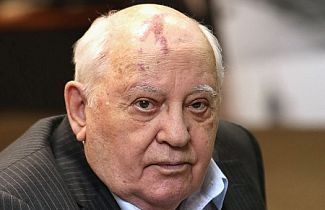 First and Last President of the Soviet Union


March 11, 1985 - elected General Secretary of the Communist Party Central Committee
June 1985 - "glasnost" policies began with Gorbachev's free speech reforms
February 1986 - delivered speech at the 27th Party Congress outlining new economic refoms. The new policy soon became known as Perestroika
1987- declared Time Magazine's Man of the Year
May 1988 -began to withdraw Soviet troops from Afghanistan
December 1989 - announced that the United States was no longer an adversary of the Soviet Union
1989-1990 - served as President of the Presidium of the Supreme Soviet

Since his resignation, Gorbachev has remained involved in world affairs.


In May 2008, The Telegraph (UK), published an article, "Gorbachev: US could start new Cold War," which quotes Gorbachev saying, "The Americans promised that NATO wouldn't move beyond the boundaries of Germany after the Cold War but now half of central and eastern Europe are members, so what happened to their promises? It shows they cannot be trusted."


Gorbachev has defended the referendum of Crimea in March 2014: "While Crimea had previously been joined to Ukraine [in 1954] based on the Soviet laws, which means [Communist] party laws, without asking the people, now the people themselves have decided to correct that mistake."
Gorbachev spoke many times about the Crimean situation, which led him being banned from entering Ukraine for 5 years.


One daughter, Irina Virganskaya.
Wife Raisa Gorbacheva passed away in 1999.