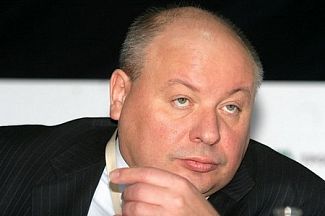 1994-2001 - Chairman of “The Democratic Choice of Russia” Party.
1999-2003 - Member of Parliament, the State Duma of the RF. Presented the “Union of Right Forces”. Member of the Committee for Budget and Fiscal policy in the State Duma.

Mr. Gaidar was the co-Chairman of the “Union of Right Forces”.

Yegor Gaidar was the architect of the controversial shock therapy reforms administered in Russia after the dissolution of the Soviet Union, which brought him both praise and harsh criticism.
Many Russians held him responsible for the economic hardships that plagued the country in the 1990s that resulted in mass poverty and hyperinflation among other things, although liberals praised him as a man who did what had to be done to save the country from complete collapse.

His daughter, Maria Gaidar, was one of the leaders of the Russian democratic opposition.
From July 2009 till June 2011 she was Deputy Chair of the Government of Kirov oblast.
Since July 2015 she was a vice-governor of Odessa Oblast in Ukraine.