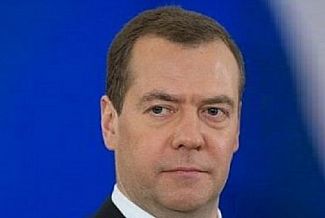 Deputy Chairman of the Security Council of Russia

Due to the rising oil prices, our oil companies considered themselves offended

Graduated from Leningrad State University law faculty in 1987; in 1990 received a Ph.D. in law, with a specialization in private law.

Between 1991 and 1999 he worked as assistant professor at Saint Petersburg State University.
In 1991 - 1996 served as adviser to the Chairman of the Leningrad City Council and expert consultant to the St. Petersburg Mayor's Committee for External Relations, which was headed by Vladimir Putin
In November of 1999 he became one of several St. Petersburgers brought by Vladimir Putin to top government positions in Moscow. In December of the same year he was appointed deputy head of presidential staff

July 2002 - reappointed chairman of the board of directors of Gazprom
In November 2005, he was appointed by President Vladimir Putin as First Deputy Prime Minister, First Deputy Chairman of the Council for Implementation of the Priority National Projects attached to the President of the Russian Federation, and Chairman of the Council's Presidium. A mild-mannered person, Dmitry Medvedev is considered as a moderate liberal pragmatic, able administrator and loyalist of Putin.

Following his appointment as First Deputy Prime Minister, many political observers expected him to be nominated as Putin's successor for the 2008 presidential elections. Sergey Ivanov, the other Deputy Prime Minister, was seen as his main rival. When Viktor Zubkov became Prime Minister in late Summer 2007, many observers also counted him as a possible successor to Putin. However, on December 10, 2007, President Putin announced that Medvedev is his preferred successor. Four parties supporting Putin also declared Medvedev to be their candidate to the post - United Russia, A Just Russia, Agrarian Party of Russia and Civilian Power. United Russia will hold its party congress on December 17, 2007 to officially nominate Medvedev as their candidate in the 2008 presidential election.

Dmitry Medvedev is married with his childhood friend and school sweetheart Svetlana. They wed several years after their graduation from secondary school in 1982. They have a son, Iliya.