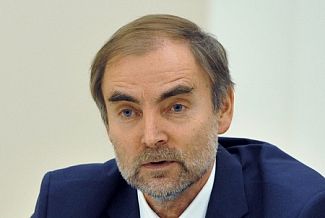 Deputy Head of the Federal Antimonopoly Service of Russia

Graduated from Irkutsk Politechnical Institute on specialty «Automotive Systems of Management» in 1983.

Graduated from the study course in Academy of National Economics of Russian Government on specialty «Government and Municipal Management» in 1997.

Has PhD in Technical Sciences.

Since 1995 have been working in antimonopoly bodies.

In June 2000 was appointed as a Deputy Minister of the Russian Federation for Antimonopoly Policy and Support of Entrepreneurship (MAP Russia).

In April 2004 was appointed as a Deputy Head of Federal Antimonopoly Service.

Mr. Golomolzin was appointed as the Head of the Headquarters for joint investigations with the ICAP in May 2006.