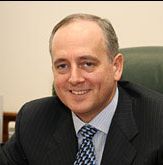 Since May 2011  - First Vice President, Upstream and Geology of Bashneft.

He is married, has a son and a daughter.
The 17-year old son of Mikhail Stavsky was kidnapped in April 2009. He was kept hostage in the Moscow suburbs for more than 2 months before finally being released.