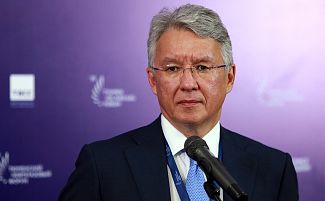 
Graduated from Ufa Oil Institute in 1986.
Candidate of Technical Sciences (PhD).
Honored oil specialist.
Recipient of a Medal of the Order "For Merits before the Fatherland", 2nd Degree.

Since 2013: Senior Vice-President of OAO “LUKOIL” for Oil and Gas Production. Member of the Management Committee of PJSC "LUKOIL"