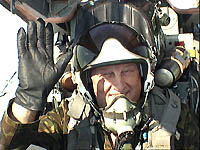 Rossel graduated from the Sverdlovsk Mining Institute. He began his working career at the trust 'Tagilstroi'.

He worked 27 years in the construction area, at the end of the 80-s he headed 'Glavsreduralstroi'.

Eduard Rossel is the leader of the political movement Transformation of the Urals since November 1993.

On December 10, 2009 he became member of upper house of Parliament of the Russian Federation.

On May 2016 Eduard Rossel became an honorary doctor of Ural Federal University.

He has a PhD in Technical Sciences and doctoral degree in Economics.
He is an academician of Russian Academy of Engineering and of International Academy of regional cooperation and development.

Married, has a daughter, a grandson.