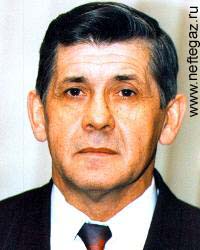 During the Great Patriotic War he together with his mother was sent to Lithuania (Alitus) for the family connection with the partisans, where at the age of 4 he spent about 1.5 years in the fascist concentration camp. He got specialist education at the Dyatkovo industrial technical college for the qualification "glass technologist" (1954-1958). From 1954 till 1958 he received education at the Higher Party School attached to the Central Committee of the CPSU in the qualification "journalism". He began his career as a Shift Head at the Sloboda Glass Plant in the Kirov region in 1958. From 1959 till 1961 he served in the Soviet Army. After the demobilization he became a worker, then a technologist of the plant (1961-1963). In 1963-1968 he was engaged in the komsomol and party activities. From 1968 till 1984 he worked as a journalist in the district and regional press. In 1984 he was appointed Head of the press sector, the First Secretary Assistant of the Bryansk regional CPSU Committee. From 1987 till 1993 he worked as a TASS correspondent.

In 1993 he was elected Yead of the Bryansk Regional Administration. He was also elected People's deputy of the RSFSR, Deputy of the Federation Soviet, Deputy of the State Duma. In 1993 he was illegally discharged by Yeltsin from the post of the Administration Head for the insubordination to the illegal decree numb. 1400. In 1996 he was elected Head of the Bryansk Regional Administration for the second term and automatically - Member of the Federation Soviet of the RF Federal Meeting. He is also a member of the Journalist Union (since 1963), a member of the Writers' Union (since 1984), CPSU member, currently CPRF member. He is awarded several medals, and is the Bryansk komsomol prize-winner for the book "Crystal Rainbow" (1972).