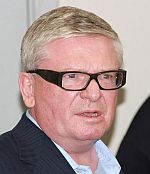 Graduated from Moscow Financial Institute. Master of Economic Sciences.
Since 1980 worked at the research institutes of USSR Academy of Sciences.

In September 2003, he unsuccessfully ran for a position in the Duma under the party Yabloko. At the time, he was the second richest man to run for office in the Fourth Duma Session.

In September 2004, he headed a UK-based investor consortium that attempted to buy shares in Yukos from its former head Mikhail Khodorkovsky in order to pay off its debts.

Today, he lives in exile in London and owns property in New York, Moscow, and on the French Riviera.
He is married to ex-Bank of New York executive Natasha Kagalovsky, and they have 1 son named Philip.