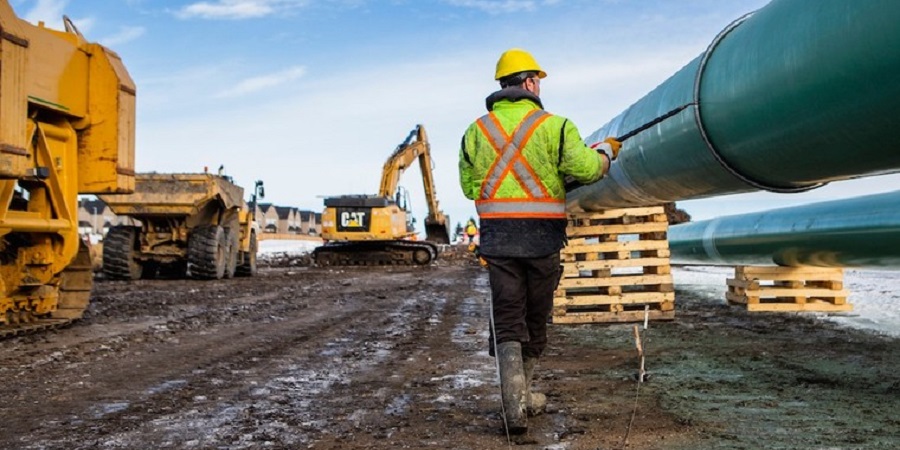 Ottawa, June 24 - Neftegaz.RU.More than 1 million barrels per day (bpd) of curtailed crude oil production in Canada and lower demand in the pandemic have resulted in a rare occurrence in Canada’s pipeline takeaway capacity in recent years - there is space available on the few pipelines taking Canada’s crude oil to the U.S., Oilprice reported.

Canada’s persistent problem with not enough oil pipelines to carry the heavy crude oil out of Alberta to the international markets, mostly the U.S., looks solved, at least for now, “but for all the wrong reasons,” Kevin Birn, IHS Markit’s director of North American crude oil markets, told Bloomberg.

According to industry analysts and officials, Canadian oil producers have curtailed crude production by more than 1 million bpd since oil prices collapsed because of the pandemic and the Saudi-Russian oil price war in March.

With production down, there was unused space on Enbridge’s Mainline pipeline system, while Canada’s crude-by-rail exports plunged in April. Enbridge’s Mainline - the largest pipeline network in North America - is running with unused capacity, Vern Yu, Enbridge’s executive VP of liquids pipelines, told Reuters in an interview in April.

Data from Canada Energy Regulator shows that Canadian crude-by-rail exports plunged in April to 156,242 bpd, down from 350,567 bpd in March and a record 411,991 bpd in February. Over the past two years, Canada’s crude-by-rail exports increased as production grew amid flat pipeline capacity.

However, the COVID-19 pandemic and the oil price collapse upended the industry so much that Canada doesn’t have an oil pipeline shortage anymore. Considering the fact that curtailed production is not expected to come online very fast, Canada could have at least one of the three planned pipelines in operation before volumes return.

The problem with the pipeline shortage is solved, just not the way Canada’s oil industry had hoped.