Commodity turnover between Russia and Turkmenistan in 2019, taking into account gas supplies, amounted to about $1 billion

Ashgabat, June 12 - Neftegaz.RU. The development of Russian-Turkmen trade and economic cooperation, including in the oil and gas sector, was one of the main topics of the briefing held for journalists by Russian Ambassador to Turkmenistan Alexander Blokhin on the eve of Russia Day, celebrated on June 12.

"In 2019, the trade turnover between Russia and Turkmenistan increased 1.5 times and amounted to $ 695 million, and taking into account the supply of Turkmen gas reached about $1 billion," the diplomat said.

Alexander Blokhin noted that the 1st half of 2020 also shows an increase in trade turnover. Thus, in the 1st quarter, the volume of trade increased 2.7 times compared to the same level in 2019.

He noted that this growth is provided by new major projects. In particular, it was said that the company "Vozrozhdenie" won the tender for the construction of self-protective structures in Ashgabat, "KAMAZ" supplies automotive equipment for various sectors of Turkmenistan. Russian factories have made large deliveries of pipe products, etc. “TATNEFT” continues its cooperation with the state concern “Turkmennebit”. 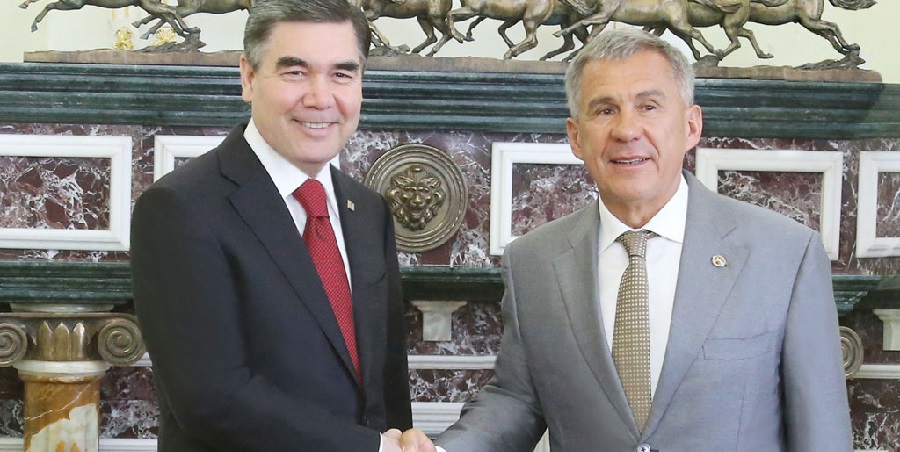 "We have good relations almost across the entire spectrum, including in the economic sphere, and in particular in the gas sector," the Ambassador said, noting that “Gazprom” continues to purchase Turkmen natural gas under a previously concluded contract with the state Corporation “Turkmengas”.

Speaking about Russia's cooperation with Turkmenistan in the oil & gas industry, the Ambassador noted the successful partnership on the construction of the Turkmenistan-Afghanistan-Pakistan-India (TAPI) transnational gas pipeline.

"We are ready to supply, and have already started to do so, pipes and equipment for this project. For example, a Russian company supplied 90% of large-diameter pipes to the Turkmen TAPI section, " Blokhin said.

The diplomat also stressed the importance of this project for a number of positions, including, as noted, the Turkmen side that the TAPI pipeline would contribute to stabilization and growth of Afghanistan.

Politics
136
136
EU and U.S. condemn Russia’s use of «energy blackmail» through actions like gas supply halt