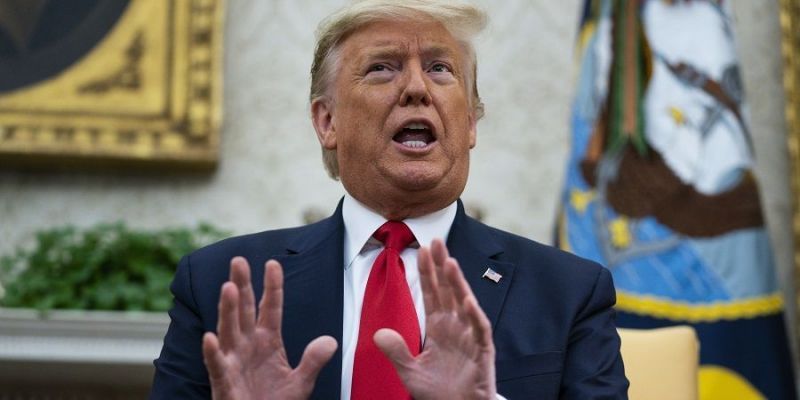 Washington, July 26 - Neftegaz.RU. Former US President Donald Trump has criticized the administration of US President Joe Biden for its current energy policy.

Speaking at the Turning Point USA Student Action Summit in Phoenix, Arizona, Trump said:
Earlier this month, the OPEC+ countries decided to extend the agreement on oil production cuts until the end of 2022.
The US does not participate in OPEC talks, but Washington has expressed support for the negotiations.

Trump also criticized Biden for allowing the Nord Stream 2 gas pipeline project to go ahead, and laughed at claims of reported Russian involvement in the Hunter Biden laptop hack.
«Russia did it again», Trump said, pointing out that «it's always Russia» because «they are getting rich from China» but not from Russia.

Trump also criticized the Green New Deal on climate change.
The Green New Deal is not a single project or piece of legislation.
Instead it outlines the broad principles of a plan to achieve net-zero greenhouse gas emissions across the US economy by 2030.

In its current form, the Green New Deal is a non-binding resolution and the costs of the project are unclear.

Earlier, Donald Trump said it would cost at least $100 trillion.