Moscow sent a letter to Islamabad on June 7, informing that a Russian delegation wants to visit Pakistan from June 22 for talks on the Heads of Terms & Shareholders Agreement with participation of nominated entities ISGS and PAKSTREAM and competent authorities from the Pakistani side.
But there was no immediate response from the Pakistan side. 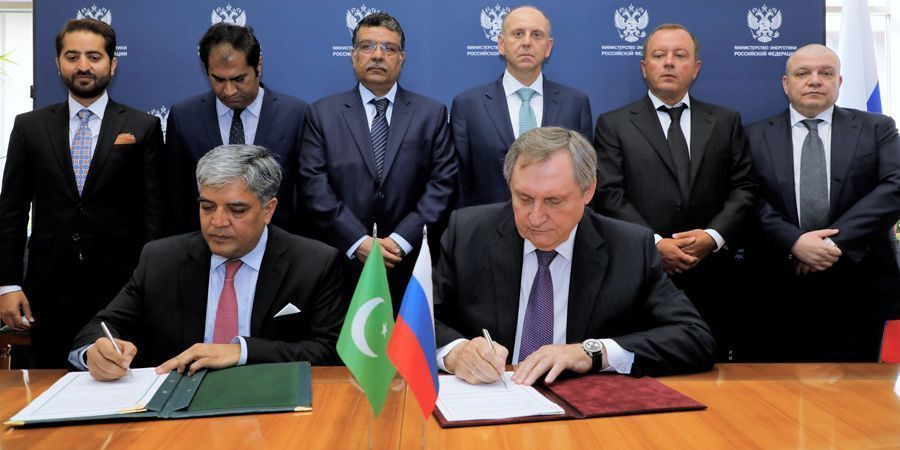 Islamabad, July 8 - Neftegaz.RU. The fate of country’s strategic project, Pakistan Stream, is in the doldrums as the Petroleum Division has started finalizing alternate gas pipeline project by mid-July putting the ties with Russia, which have improved a lot in recent years, in jeopardy, Pakistani The News reported.

On May 28, Pakistan and Russia signed in Moscow the amended Intergovernmental Agreement (IGA) on Pakistan Stream project, now both the countries have to sign the share-holders Agreement within 60 days from the signing of the protocol scheduled for July 27.

The problems began immediately afterwards the signing of the amended IGA.
As many as 27 days after the agreement was signed, CCOE (Cabinet Committee on Energy) that met on June 24 asked the Petroleum Division to finalize an alternate gas pipeline project by mid-July 2021, arguing there are massive negative consequences of the delay in the implementation of Pakistan Stream  and the deadline set by the Supreme Court has already been missed with no imminent possibility of start of work.
The decision of CCOE says:
The Petroleum Division carved out an alternate plan under which the Petroleum Division wants to build the LNG-III pipeline under the consortium of Sui Southern, Sui Northern and PAPCO – the company of PARCO.

The Petroleum Division favours the alternate project in case talks with Russia fail on the Pakistan Stream.
The division's proposal is based on Economic Coordination Committee decision, of January 5, 2018, under which financing was approved for the 1.2 bln cubic feet per day gas capacity RLNG-III pipeline of 1 150 km from Karachi to Lahore through a 42-inch diameter pipeline.

Later, 4 days after the CCOE decision, the Petroleum Division responded to the Russian letter and informed them of Pakistan’s readiness to negotiate the shareholders agreement.

But, Special Assistant to PM Tabish Gauhar has already favoured the Sui Southern and Sui Northern to develop the LNG-III pipeline from Karachi to Lahore in place of Pakistan Stream, advocating that the country should not rely on external assistance as it would escalate the cost of the project.

Besides, the shareholders agreement and deal on heads of terms with Russia may take more than 1.5 years before any ground work can get underway on the project.
Besides, the Petroleum Division has made up its mind not to extend the guaranteed rate of returns to Russian side against its 26% shares in Pakistan Stream.

According to Tabish Gauhar, it has been decided that the government will not provide any sovereign guarantee for profit on any foreign investment in Pakistan in all sectors of economy, whether it is in power and refining sectors.

«Under this scenario, the forthcoming talks between Pakistan and Russia are not likely to succeed», sources said and added: «That’s why the Petroleum Division has started finalising its alternate pipeline project».
Meanwhile, according to the top sources, Russia is sending a 12 member delegation to Pakistan, likely on July 12.

Russia is negotiating this project with Pakistan since 2015 and has witnessed many upheavals lead to the delay.
Reviewing the process since 2015 from change of structures, change in equities up to amendments in IGA, the authorities in Pakistan are found at fault for the delay and not Russia.

Pakistan Stream enjoys the blessings of the «powerful circles» apart from the civil leadership who want the project to be completed with the help of Russia.

These «powerful circles» want Russia to develop its stakes in Pakistan’s economy, keeping in view the changing geostrategic scenario.

Russia and Pakistan have already developed cordial ties in the defense sector and now they want to develop the economic and trade relations.
Both the countries attach high importance to the Pakistan Stream Project.

However, the decision of CCOE and its new leadership in the Petroleum Division to initiate the RLNG-III pipeline as an alternative to PSGP is sending a wrong signal to Russia besides taking aback country’s own «powerful circles».