Krasnoselkup, May 15 - Neftegaz.RU. Severneftegazprom, a joint venture between Gazprom, German Wintershall Dea and Austrian OMV, is celebrating an impressive milestone: 300 billion m3 of natural gas have been produced from the Yuzhno-Russkoye field in the Yamal-Nenets Autonomous Region in Russia since production started in 2007.

With the annual output of 25 billion m3 of natural gas, Yuzhno-Russkoye provides the resource base for gas deliveries to Europe via the Nord Stream pipeline and is the largest field in Wintershall Dea‘s portfolio in terms of production.

“With 300 billion m3 of natural gas, we are hitting a mark to be proud of: This is a very significant gas volume that could cover the total German gas demand for more than 3 years... Severneftegazprom plays an important role in ensuring the energy security in Europe and is truly exemplary in respect to its contribution to European-Russian energy cooperation,” says Thilo Wieland, Member of the Board at Wintershall Dea responsible for Russia and the midstream business.

Following the start of production from the Cenomanian layer in 2007, Severneftegazprom achieved plateau production in 2009 and began operating the 1st test wells in the Turonian strata in 2011. The company has been commended as an industry pioneer, having been the 1st in Russia to develop the hard-to-recover reserves of the complex Turonian formation, which required a unique technological approach.

In October 2019, the joint venture produced the 1st billion m3 of Turonian gas. Over 120 new wells will be drilled in the Yuzhno-Russkoye license area between 2020 and 2033 as part of the production start-up from the Turonian formation, with the aim to maintain the plateau production at the field. 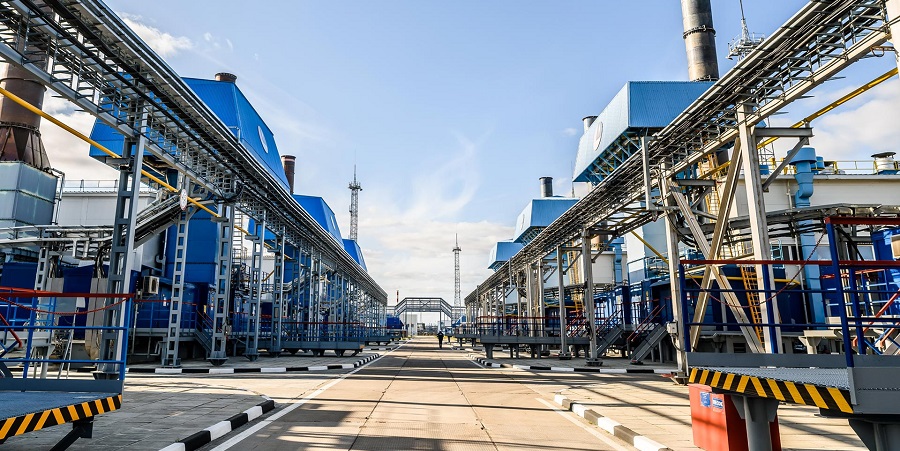 The company is committed to high environmental and technical standards in all its operations which, together with the large production volumes and the excellence in research and development, bring Severneftegazprom to the forefront of the upstream industry in Russia.

“Looking back on the past 22 years and the 300 billion m3 of natural gas that we have produced here, you can see that it is our company’s dedication to searching for innovative solutions and opening up new vistas as well as the fruitful cooperation with the partners that have been the driving force behind the highly successful operational and financial performance of Severneftegazprom,” says Vladimir Dmitruk, General Director of Severneftegazprom.

Harnessing the potential of digitisation in gas production, Severneftegazprom is currently developing the “Digital Twin of the Geological-Technological Model” project aimed at more effective and efficient development of the Cenomanian and Turonian formations.


“With the “Digital Twin” project, we are writing the next chapter in the implementation of cutting-edge technological solutions at our company. By reducing operating costs and increasing reliability and production efficiency, it will take our company’s already successful performance to the next level”, explains Angelos Calogirou, Deputy General Director for Development and Strategic Planning of Severneftegazprom.

Politics
406
406
V. Putin's speech at the Russian Energy Week: Stability and predictability are important for any market

Politics
564
564
Russia is fulfilling all its contractual obligations for gas orders & is not to blame for soaring prices, Germany’s Merkel says