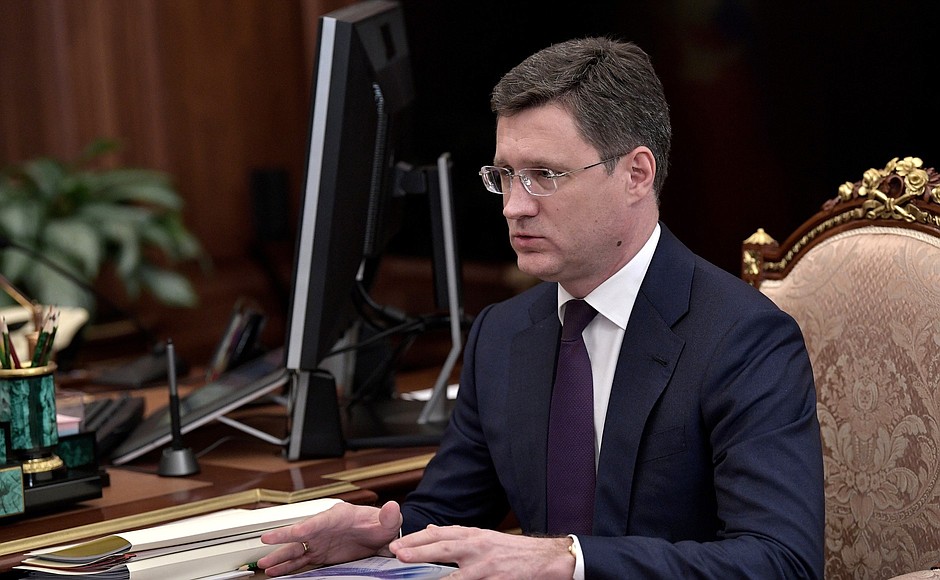 Moscow, January 16 - Neftegaz.RU. Russian energy minister Alexander Novak, a key figure in the country's alliance with OPEC, is to resign along with the rest of the Russian government, after an announcement issued by Prime Minister Dmitry Medvedev on January 15.

According to Platts, Novak will be expected to continue in his role until a new government is formed, following the surprise announcement, which came during a meeting with President Vladimir Putin and the cabinet, broadcast on state television.

Russia produces more than 11 million b/d of crude oil and is Europe's largest supplier of natural gas. Novak has been a key figure in Moscow's collaboration with OPEC to cut 1.7 million b/d of combined output.

Earlier Wednesday, Putin announced plans for wide-ranging constitutional reforms that would shift some powers away from the president to parliament and the prime minister. Putin's term of office expires in 2024. It is his fourth - and 2nd consecutive - term as president. Under the current terms of the constitution, he would not be eligible to run for president again in 2024.

Government sources said that the resignations had not been expected by cabinet members.

Politics
580
580
Ilham Aliyev: "For the 1st time in history, Azerbaijani gas is already in Europe"

Politics
344
344
U.S. extends waiver for Iraq to import Iranian energy for another 3 months

Politics
658
658
U.S. to drive a stake through the heart of Nord Stream 2
Advertising at neftegaz.ru

Advertising at neftegaz.ru
Latest news
Politics
34
34
European Parliament calls to block Nord Stream-2 pipeline after A.Navalny arrest
Transportation and storage
57
57
SOCAR and Transneft to pump oil via Baku-Novorossiysk in 2021
Transportation and storage
81
81
India unlikely to use US facilities to store oil reserves
petrochemistry
67
67
Iran has brought on stream a $3.4 billion Bid Boland gas refinery
News worldwide
111
111
Chevron and Israeli partners plan to invest $235 million in pipelines to export the fuel to Egypt