The III International Scientific and Practical Conference on «Integrated Science-Based Asset Management for Oil and Gas (Experience, Innovations and Prospects)» dedicated to the 30th anniversary of LUKOIL PJSC took place in Perm in online and face-to face formats. The organizer of the event was LUKOIL-Engineering LLC (100% subsidiary of LUKOIL PJSC).

Perm, October 25 – Neftegaz.RU. Informational Agency. During the three days more than 1,000 participants from the largest organizations of the oil and gas branch of Russia and foreign countries were registered for the conference. They included the business representatives and scientists from the USA, France, Iraq, Denmark, Hungary, Norway, Austria and Switzerland. During the event more than 200 reports in five scientific sections were heard and five round-table discussions were held.

The main discussion topic this year were the digital deposits, innovative solutions and technologies during the oil field development, new technologies for building wells on land and sea and digital technologies in geology. The list of this year’s topics also included the discussion of promising solutions in the area of decarbonization, which is the direction that became the key activity for oil companies.

The conference was opened by the General Director of LUKOIL-Engineering LLC Vadim Voevodkin. The Head made the report on a topic of «Current Tasks and Challenges for the Branch, the LUKOIL Company and the Scientific Project Complex». During it he mentioned three basic issues for the oil and energy branch: efficiency improvement, development of digital technologies and reduction of carbon footprint of extraction. 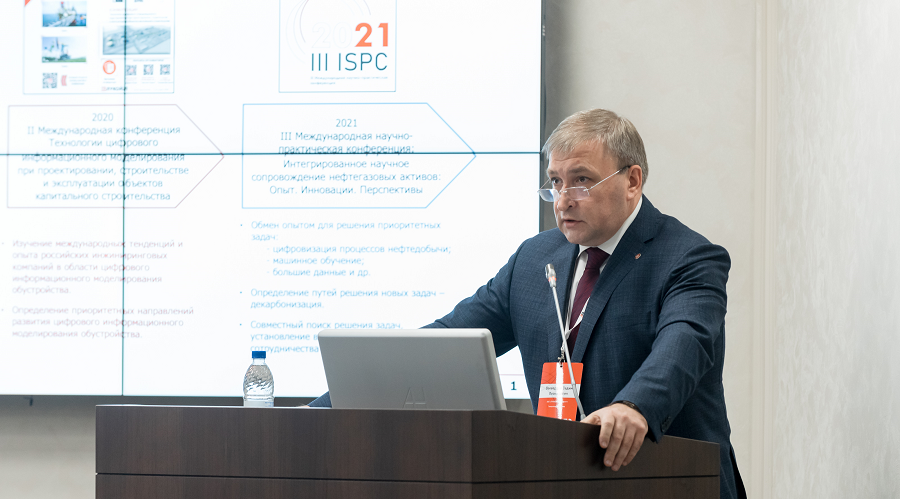 The General Director of LUKOIL Engineering LLC Vadim Leonidovich Voevodkin: «The tone of our conference, which is the third one already, was set before last year. Then we talked about digitalization only. Last year we talked about support of large capital projects. Today we talk about complex project support, decarbonization and digitalization of extraction processes as a whole. And this is extremely important, because it can trigger a new development of oil branch and the LUKOIL Company. At the same time not only the topical agenda grows. About 300 guests were present during the first conference, and today, particularly due to the online mode, more than 1,000 participants, including the world-class specialists raising the issues of digitalization and decarbonization, are engaged in the dialogue.»

This year Perm Region once again became the center of discussion of current global issues of the oil and gas branch. It is no coincidence that Perm was selected as a site for the international conference, for the significant experience in the area of advanced development of oil and gas deposits was collected right here.


Vadim Leonidovich Voevodkin mentioned: «The Perm site is a discussion platform. Here we can talk about the fusion of science and production. And I hope that the result of this conference, as well as of the previous ones, will be a very significant impulse to the development of digitalization, decarbonization, improvement of educational programs and support of oil production processes for the long term» 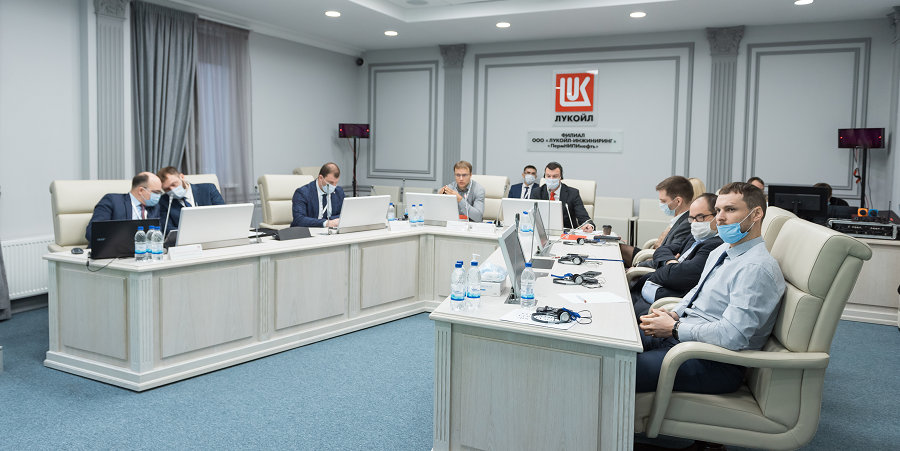 Partnership & Cooperation
433
433
Estonia’s Port of Tallinn and Poland’s Port of Gdynia to cooperate on hydrogen
Advertising at neftegaz.ru