OPEC agreed to extend production curbs to the end of next year. 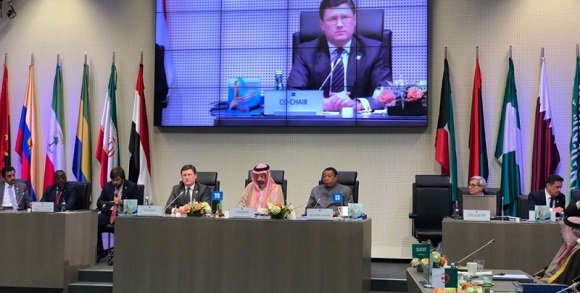 OPEC and non-OPEC producers led by Russia agreed on November 30, 2017, to extend the oil production cuts for another 9 months after the original agreement expires in March 2018.

Khalid Al-Falih, Saudi Arabia’s Minister of Energy said that the production cuts so far had a positive effect on the oil market, indicating its gradual move towards a more balanced condition.

Al-Falih noted: «All in all, market stability has improved and the sentiment is generally upbeat. The rebalancing trend has accelerated and inventories are on a generally declining trend…All producers have benefitted from this improving situation.»

With oil prices rising above $60, Russia has expressed concerns that such an extension could prompt a spike in crude production in the U.S., which is not participating in the deal.

Russia needs much lower oil prices to balance its budget than OPEC‘s leader Saudi Arabia, which is preparing a stock market listing for Saudi Aramco next year and would hence benefit from pricier crude.

Iranian Oil Minister Bijan Zanganeh told reporters that OPEC also decided to cap the output of Nigeria and Libya at 2017 levels without deciding on figures.

Both countries have been previously exempt from cuts due to unrest and lower-than-normal production.

Politics
287
287
Turkey is ready to bring Turkmen gas to Europe
Advertising at neftegaz.ru