Iraq is looking to attract $100 billion worth of foreign investment that would help it rebuild its oil refining and petrochemicals sectors. 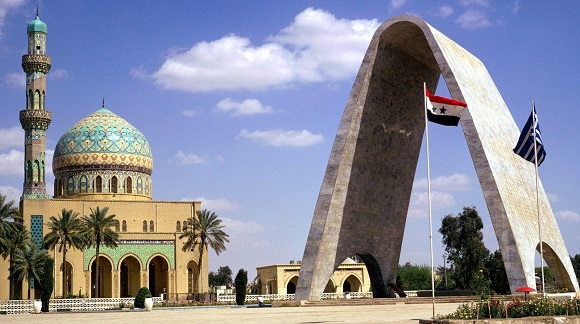 Iraq is looking to attract $100 billion worth of foreign investment that would help it rebuild its oil refining and petrochemicals sectors and reconstruct crucial infrastructure after it repelled Islamic State out of its territory following a 3-year war against the militants.

In December 2017, Iraq declared the war with ISIS over and is now seeking foreign investments in major projects that would help it to revive its economy, which has also been hurt by low oil prices.

Ahead of a conference on Iraq’s reconstruction that will be held in Kuwait this week, Iraq’s National Investment Commission published a list of major strategic projects available for investment, with 157 different opportunities up for grabs. A total of 18 investment opportunities are up on offer in the chemicals, petrochemicals, fertilizers, and refinery sectors.

Iraq - OPEC’s 2nd-largest oil producer behind Saudi Arabia - will be looking to attract investment mostly in the downstream, planning the construction of new refineries with different capacities, including one at the Al-Faw Port with a 300,000-bpd capacity.

The other refinery projects are a 150,000-bpd refinery in the Anbar province and a new Al-Nasiriy refinery in Thi Qar province with a production capacity of 150,000 bpd. Iraq also plans oil storage facilities in the provinces Basra, Mosul, and Saladin.

According to the Kuwait Chamber of Commerce & Industry, Iraq will present at the conference this week feasibility studies for 60 key investment projects with total amount exceeding $85 billion.

Railways, airports and ports construction, reconstruction, and rehabilitation are also high on Iraq’s investment opportunities list, including berths for oil products exports and imports at the $6-billion project for the Grand Port of Al Faw at Basra.

Iraq will probably find investments into the oil industry and agriculture easiest to attract because of its large crude oil reserves and available land and water, Mudhar Saleh, an economic advisor to Iraqi Prime Minister Haider al-Abadi, told Reuters.