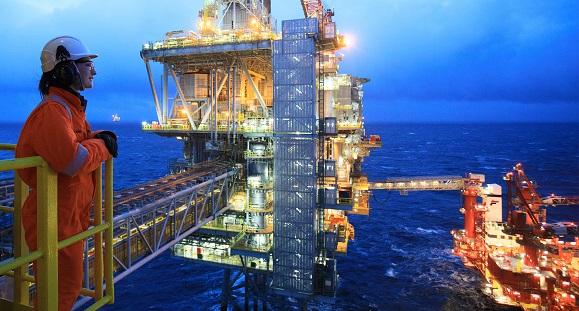 According to the BP-Azerbaijan´s report on February 16, 2018, the Shah Deniz-2 first gas scope is now 99 % complete, in terms of engineering, procurement, construction and commissioning.

In 2017, Shah Deniz spent approximately $451 million in operating expenditure and about $2.88 billion in capital expenditure, the majority of which was associated with the Shah Deniz 2 project.

«Shah Deniz phase 2, part of the Southern Gas Corridor mega-project, is one of the most complex projects we have ever untaken,» said BP CEO Bob Dudley in February 2018, adding that it spans 6 countries, involves 11 shareholder companies, with 176 million manhours worked since FID was taken 4 years ago. «Shah Deniz stage 2 is on track for start-up in 2018, currently on time and under budget», he noted .

Construction works at the Sangachal terminal expansion area are also complete. The commissioning of the new Shah Deniz 2 facilities is currently ongoing with the plans to start operations this year to be able to receive and process the additional gas volumes from Shah Deniz 2.

Advertising at neftegaz.ru
Latest news
Companies
48
48
Gazprom and TMK discussed innovative pipe solutions for field development
Politics
65
65
Russian and Belarusian Prime Ministers discussed the issues of transportation of oil products via Russian ports
News worldwide
50
50
Saudi Arabian ACWA Power will build a power plant and 2 wind farms in Uzbekistan valued at $2.5 billion
Russia
76
76
Almost 100 km has been built on the Power of Siberia section from the Kovyktinskoye to the Chayandinsky field
Transportation and storage
137
137
Uzbekistan’s gas exports fell by 4.7 times