The PM said India is the 2nd-largest oil refiner in Asia and is emerging as refinery hub in the region. 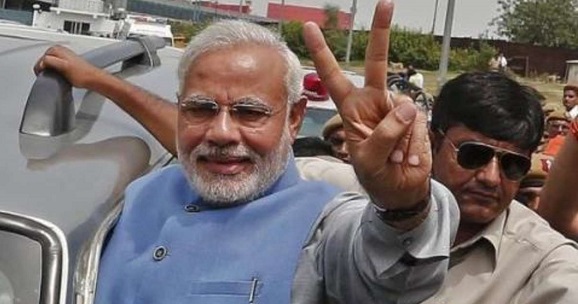 New Delhi, January 29 - Neftegaz.RU. Indian Prime Minister Narendra Modi said most of the petrochemicals being used in India are sourced through imports and it will be the government’s endeavour to ensure they are manufactured domestically. He was dedicating a refinery expansion project by Bharat Petroleum Corporation (BPCL) in Kochi.

Modi also laid the foundation stone of BPCL’s planned petrochemical complex. «Petrochemicals are a grade of chemicals which we do not speak much about, but they exist invisibly and touch many aspects of our daily life. However, most of these chemicals are imported from other countries. It is our endeavor to see that these petro-chemicals are manufactured in India itself,» he said.

The PM said India is the 2nd-largest oil refiner in Asia and is emerging as refinery hub in the region, refining more than its demand. According to BPCL, the new integrated refinery expansion complex of Kochi Refinery was implemented at a cost Rs 16,504 crores.

After expansion, the refining capacity has increased to 15.5 Million Tonnes Per Annum, from the earlier 12.4 MTPA, making it the largest public sector oil refinery project. BPCL’s upcoming petrochemical complex is expected to go on stream by the end of 2022.

Modi also said government has taken decisive steps to reduce crude oil imports and save foreign exchange, adding that this involves establishing 12 second-generation ethanol plants in 11 states and 6 MoUs have already been signed in this direction.