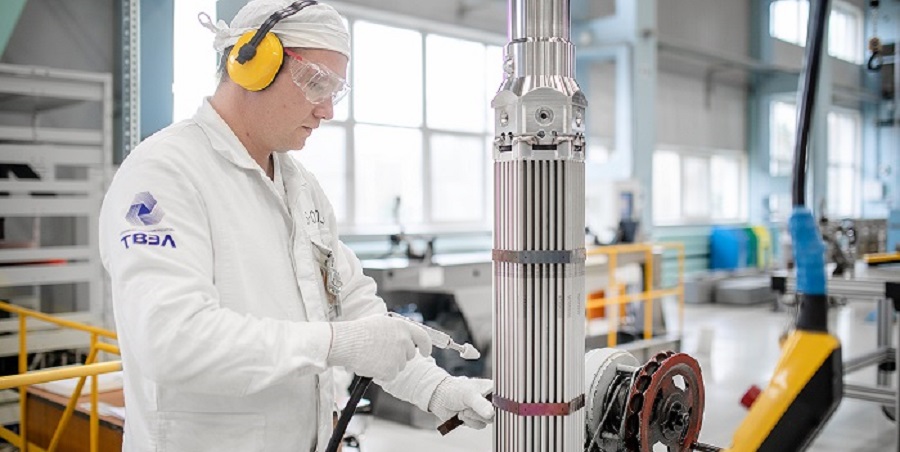 Moscow, October 13 - Neftegaz.RU. TVEL fuel company of Rosatom has completed the project of development and validation of the new nuclear fuel modification for the VVER-440 reactors operated at Paks NPP in Hungary.

The full package of documents is handed over to the Hungarian customer for further licensing of the new fuel by the national nuclear power regulator. The 1st fuel assemblies have passed acceptance testing at the Elemash Machine-building plant, a fuel fabrication facility of TVEL in Elektrostal, Moscow region.

The new modification of VVER-440 second generation fuel would optimize the hydro-uranium ratio in the reactor core, enabling to increase the efficiency of fuel usage and advance the economic performance of the power plant operation.

“TVEL and Paks NPP have a long-time partnership with a number of successfully accomplished projects. Introduction of the new fuel modification at all four power units of the plant would enable our customer to decrease gradually the fuel share in the power generation cost, giving an essential economic impact. Paks NPP contributes about the half of the whole electricity generation in Hungary, and for us, as a nuclear fuel manufacturer, it is a matter of professional pride to provide the Hungarian nuclear power units with reliable supplies of the fuel which would be both high-quality and commercially attractive”, said Natalia Nikipelova, President of TVEL.

The project of development and validation of the new fuel has been accomplished with participation of a number of Russian nuclear industry enterprises, such as OKB Gidropress (Atomenergomash), Bochvar Institute (material science research facility of TVEL), Elemash Machine-building plant and Kurchatov Institute national research center.


At the site of OKB Gidropress research and experiment facility, the new fuel passed a range of hydraulic, longevity and vibration tests. The 1st consignment of the modified fuel will be delivered to Paks NPP in 2020. The engineering contract between TVEL and MVM Paks for development of the new VVER-440 fuel was signed in late 2017.

Nuclear power
240
240
Rosenergoatom: Russian NPPs finished the year with an all-time record, surpassing the achievements of the USSR