Iran has signed agreements valued at around $10.7 bln for the construction of new power plants with German, Russian, Chinese, South Korean and Turkish companies. 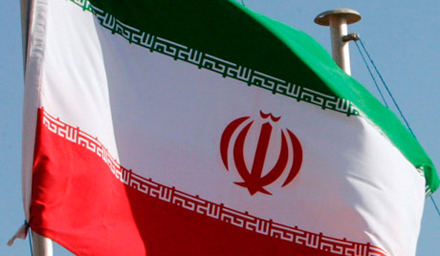 Iran has signed agreements valued at around $10.7 bln for the construction of new power plants with  Russian, German, Chinese, South Korean and Turkish companies.

Alireza Daemi, the deputy energy minister for planning and economic affairs, described the preliminary agreement with Turkish energy and construction company Unit International as one of the biggest of its kind after the international restrictions were eased and hoped the ministry will finalize the deal before the end of the Iranian fiscal year in March.

Unit International signed a $4.2 billion preliminary deal with the Energy Ministry in June to build gas power plants in seven regions in Iran.

The power stations would have a combined installed capacity of 6,020 megawatts.

German Siemens is also in agreement to supply its turbines to Iranian power plants.

The company also said last week that it has received a major order from Iran's Hampa Engineering Corporation for 12 compressor trains to be used in 2 onshore gas processing plants.

Mohsen Nayebzadeh, CEO of Siemens in Iran, said the deal is the company's "first huge oil and gas order since the easing of sanctions."

Meanwhile, Moscow, Tehran's economic and strategic partner, is making sure that Russian companies will get their fair share of energy projects in the Iranian market.

Russia's major energy company,‌ Technopromexport, is due to start construction of a 1,400 MW thermal power plant in the southern Hormozgan Province next month.

The power plant which comprises 4 units, each with a capacity to produce 350 MW, will be up and running in 5 years.

The Russians will reportedly finance 85% of the cost of the project estimated at $1.6 billion.

However, Daemi appears to have excluded Iran-Russia's lofty nuclear energy deal from his account of post-sanctions power deals.

Iran is poised to build 2 new reactors with Russian help at the site of its only nuclear power plant in Bushehr in the south.

The new units reportedly will cost $10 billion. Construction is expected to begin next month and last a decade.

With an installed power production capacity of around 75,000 megawatts, Iran meets almost 80% of its electricity demand from thermal plants that have been operating for decades.

Close to 12,000 MW is produced from hydroelectric plants and 1,000 MW from the sole nuclear power plant in Bushehr, south Iran.

Economics, Markets & Stocks
382
382
Equinor sells its US onshore assets in the Bakken

Economics, Markets & Stocks
426
426
Belarus to raise tariff on transit of Russian oil by over 6% as from 1 February