Equinor’s 816 MW winning bid confirms the company’s role as a major contributor in meeting New York State’s renewable energy and climate goals including its goal of 9,000 MW of offshore wind by 2035.
It also represents an important milestone for Equinor’s ambition of building an offshore wind core area on the U.S. East Coast.
The project is expected to be developed with 60-80 wind turbines, with an installed capacity of more than 10 MW each.
Total investments will be approximately $3 billion, and the project will be able to power over 500,000 homes in New York, with an expected start up in late 2024.

“Being selected in this highly competitive field of bidders shows the confidence that New York leadership has in Equinor’s capabilities of developing large offshore energy projects, delivering affordable renewable energy while also providing significant economic benefits locally. We are now looking forward to working with our partners throughout New York State to bring this project forward,” Christer af Geijerstam, President of Equinor Wind US, said.

Two years after Equinor secured an attractive 80,000-acre lease area in the New York Bight for Empire Wind, after a strong competition with other bidders, the company has been selected to negotiate a long-term contract with the New York State Energy Research and Development Authority (NYSERDA) for offshore wind renewable energy certificates (ORECs). The award remains subject to the execution of the OREC purchase and sale agreement, which Equinor looks forward to finalizing together with NYSERDA. 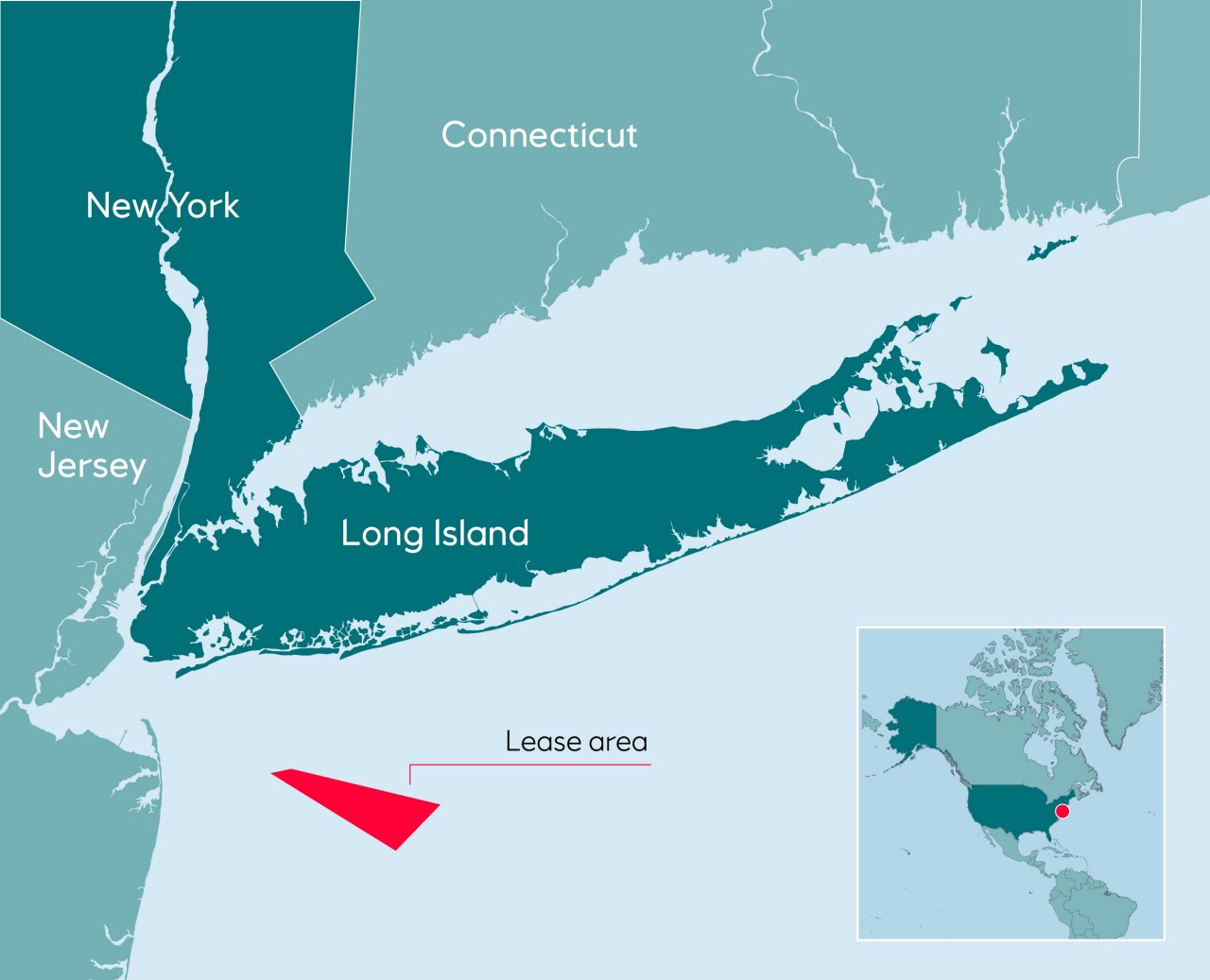 “We are proud to have been awarded this major wind project offshore New York. Empire Wind represents a breakthrough for Equinor’s global offshore wind ambitions and is an important step in our development as a broad energy company. We have demonstrated that we can be successful in fierce competition, with our first wind project outside of Europe. The project will be the biggest wind farm under contract in our portfolio so far. We are looking forward to developing Empire Wind together with local authorities, local communities and the U.S. industry,” Pål Eitrheim, executive vice president for Equinor New Energy Solutions, said.

Equinor’s Empire Wind project will help bring renewable energy to New York City while spurring statewide economic development opportunities.
The project is expected to create approximately 800 local jobs during construction and operation, including through the creation of locally manufactured turbine foundations in New York’s Capital Region.
More broadly, Equinor is committed to developing the nation’s first offshore wind supply chain to support the construction, installation and operation of offshore wind projects.
Equinor will also invest over $60 million in port upgrades in New York that will support future offshore wind projects and further strengthen the state’s position as the U.S. hub for offshore wind. Further, Equinor will commit at least $4.5M to community benefits and workforce development, which will further the goals of New York’s National Offshore Wind Training Institute and Community and Workforce Benefits Fund.

Alicia Barton, NYSERDA President and CEO said,
"Today, Governor Cuomo solidified New York’s clean energy and climate leadership status with the single greatest commitment to offshore wind by a state in U.S. The development of Empire Wind will bring significant economic and environmental benefits to New York, help affirm our position as the offshore wind hub of the Northeast and propel us even closer to achieving the Governor’s ambitious climate and energy goals."


To read this news in Russian.