Satellite imagery of the area has also been released 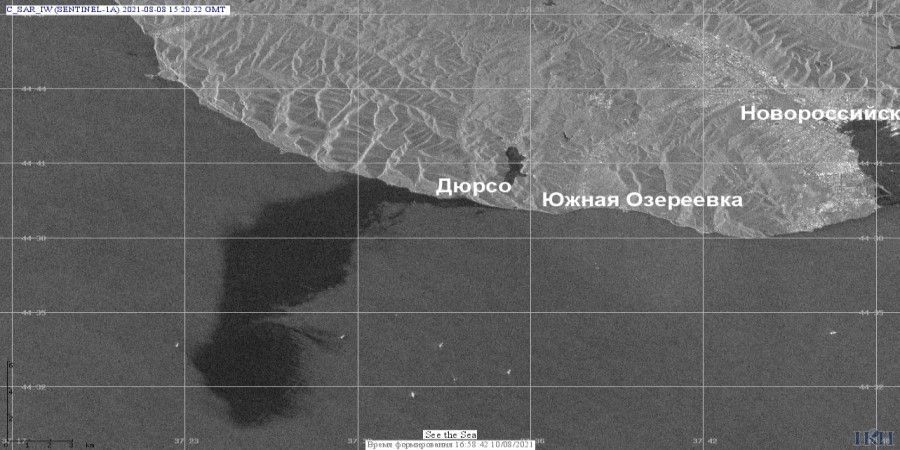 Novorossiysk, August 12 - Neftegaz.RU. Oil spill occurred on August 7 at oil terminal pier operated by Caspian Pipeline Consortium (CPC) near Russia's Novorossiysk.
The leak was caused by damage to a pumping device that occurred during the loading of the Greek vessel Minerva Symphony, according to the consortium, which transports oil from Kazakhstan.

While the reports cited the Greek tanker, CPC admitted that a hydraulic compressor broke while crude was being loaded onto the ship.
They said it was an integral part of the operation and the cause of the spill.

Russia's environmental watchdog Rosprirodnadzor has taken water samples to assess the scale and impact of the spill.
Russian prosecutors opened a criminal probe into an oil spill off the country's Black Sea coast that appeared to be far bigger than initially expected.

On August 9, CPC said that oil had spread over an area of 200 sq. m. and involved around 12 m3 of oil.
WWF Russia has estimated that about 100 metric tons of oil have spilled into the sea.

The Space Research Institute of the Russian Academy of Sciences (RAN) said its also monitoring the pollution and citing data from satellite images.
It said in a statement:
To read the article in Russian

Accidents
618
618
33 people injured in a fire at a gas station in Novosibirsk
Advertising at neftegaz.ru