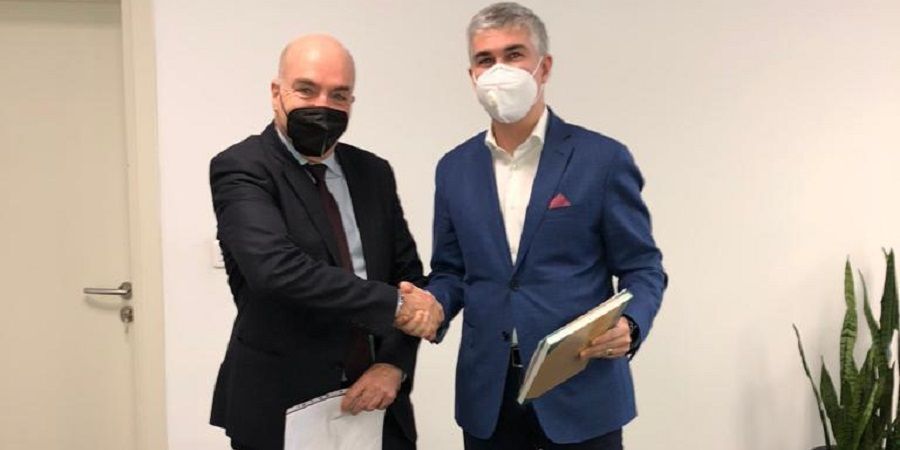 Sofia, January 28 - Neftegaz.RU. The participation of BULGARTRANSGAZ, the operator of the national natural gas transmission network of Bulgaria, with 20% in the share capital of the Greek company GASTRADE that develops the Liquified Natural Gas (LNG) Terminal in Alexandroupolis, was completed today following the approval granted by the Bulgarian Commission for Protection of Competition.

The participation of Bulgartransgaz in the project was applauded by the Prime Ministers of Greece, Mr. Kyriakos Mitsotakis and of Bulgaria, Mr. Boyko Borisov during the ceremony of the signing of the relevant agreements in Athens last August.

The Alexandroupolis LNG Terminal is one of the most significant energy projects realised in recent years, with high importance for Greece, Bulgaria and the wider region, since it materially contributes to the diversification of energy sources and routes for the entire Southeast Europe, enhances energy security and competition in the region, and supports the creation of a regional Natural Gas Hub.

The project is strategically located at the crossroads of the Southern and Vertical Gas Corridor and offers access to Liquified Natural Gas to the markets of Greece, Bulgaria, Serbia, Romania, Northern Macedonia and further to Moldova and Ukraine.

Furthermore, the Terminal is fully complementary to the Greece - Bulgaria interconnector (IGB), supporting its viability whilst, at the same time, operates in harmony with the already existing and new strategic energy infrastructures in the region, such as TAP, the Bulgaria - Serbia interconnector and the projects for the expansion of underground storage capacity in SE Europe.
The project enjoys the long-term support of the Governments of Greece and Bulgaria, as well as of the European Union since it has been included in the European Projects of Common Interest (PCI) since 2013.
The participation of Bulgartransgaz, that is of the Bulgarian State, in Gastrade is a solid proof of the regional profile of the project and it constitutes a catalyst for the integration of Southeast European gas markets, securing energy liquidity and pluralism throughout the region.

The Terminal consists of the LNG Floating Storage and Regeneration Unit (FSRU) with a storage capacity of 170,000 cubic meters of LNG and a regasification capacity of at least 5.5 billion cubic meters of natural gas per annum.
The FSRU will be moored in the offshore area 17.6 km southwest of the port of Alexandroupolis.
The floating unit will be connected to the National Natural Gas Transmission System through a pipeline system of a total length of 28 km.

The project is expected to be commence operations in 2023.