The first discovery this year was made in one of the most mature areas of the Norwegian continental shelf. The Røver North discovery adds to a number of discoveries in the Troll/Fram area in recent years.
It started with Echino, which gave several answers in the autumn of 2019, and continued with Swisher in the summer of 2020.

Recoverable oil equivalent from these three discoveries can already measure against the total production from fields like Valemon, Gudrun and Gina Krog.
And the exploration continues.
Equinor and the partners have matured several neighbouring prospects.
The Blasto and Apodida prospects in production licence 090 will be drilled after Røver Nord. 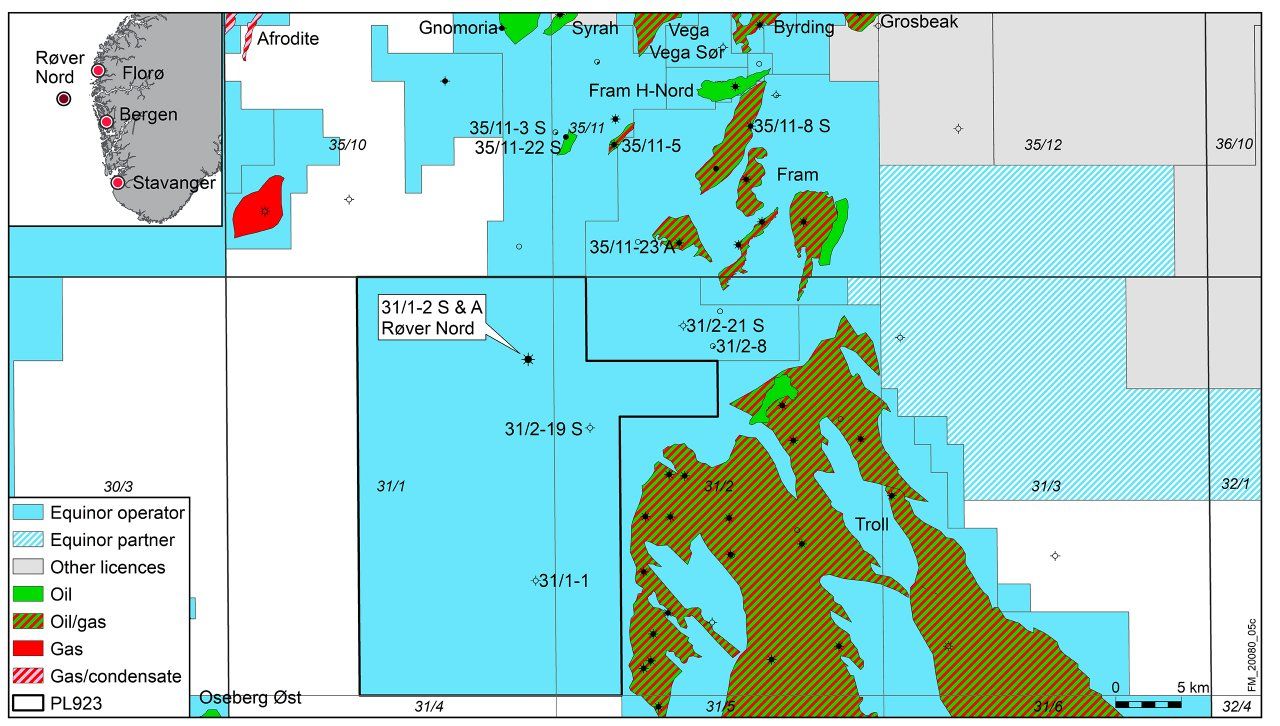 The first discovery this year was made in one of the most mature areas of the Norwegian continental shelf.
After more than fifty years of exploration drilling there are still many unknown pieces in the geological jigsaw puzzle.
For each exploration well that is drilled, a new piece is put into place.


Geologists, geophysicists and other subsurface personnel gain new insight and understanding which later forms the basis for new exploration opportunities.
This is done in parallel with the ever-increasing use of new digital tools. In addition, the prospects drilled today face ever-stricter requirements for CO2 emissions per barrel produced.

The primary exploration target for exploration well 31/1-2 S was to prove petroleum in the Brent group from the Middle Jurassic period and in the Cook formation from the Early Jurassic period.
The purpose of 31/1-2 A was to delineate the discovery made in the Brent Group in well 31/1-2 S.
Both wells proved hydrocarbons in two intervals in the Brent Group.
Well 31/1-2 S encountered an about 145-metre gas column in the Brent Group (Etive and Oseberg formations) and a 24-metre oil column where the oil/water contact was not encountered.
A total of 50 metres of effective sandstone reservoir with good reservoir quality was found in this interval. In addition 6 metres of oil-bearing sandstone with moderate to poor reservoir quality was struck in the upper part of the Dunlin Group.

The Cook formation proved to be water-filled in both wells, but with moderate to good reservoir quality.
The wells were not formation tested, but extensive data acquisition and sampling took place.

The licensees consider the discovery commercial, and will explore development solutions in towards existing infrastructure.
The wells are the 1st and 2nd exploration wells in production licence 923. The licence was awarded by the Government in 2018 through the “Awards in Pre-defined Areas 2017” (APA) licensing round.

The water depth at the site is 349 metres. The well has been permanently plugged and abandoned. The wells were drilled by the West Hercules drilling rig, which will now drill exploration well 31/2-22 S in production licence 090 in the northern North Sea.