The companies established «Eurotek-Yugra» in 2017 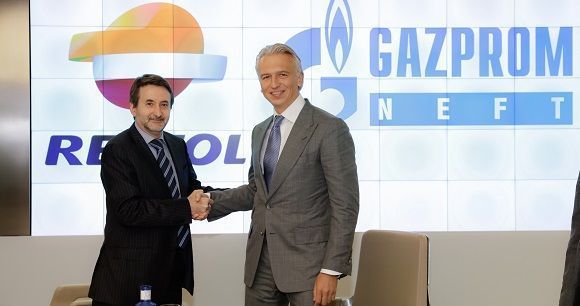 Khanty-Mansiysk, June 2- Neftegaz.RU. Eurotek-Yugra, a joint venture of Gazprom Neft and Repsol, has drilled a multilateral well with a total length of over 9.4 km at the Ervier field in the Khanty-Mansi Autonomous Okrug-Yugra.

The initial flow rate exceeded 120 tonnes of oil per day — 6 times higher than the productivity of previously built wells in that area.

The new well has become one of the most complex drilling targets ever dealt with in Russia.
Combining a number of unique technical characteristics the borehole’s directional difficulty index stands at 6.69, compared to an industry average of 6, running at a depth of around 800 m the borehole’s footage drilled through the oil-bearing strata reaches 7.7 km.

Vadim Yakovlev, Deputy CEO for Exploration & Production of Gazprom Neft, said:
The choice of design, drilling technology and testing programme was predicated on the subsurface conditions of the field.
Implementation of the project and obtained commercial inflows confirmed the commercial development potential of the field, initial reserves in place of which stand at about 200 million tonnes of oil.

Eurotec-Yugra has completed well testing by the Q2 of 2021.
On the basis of the data obtained, a field development plan will be prepared.
Engineering solutions with confirmed efficiency during this project will be replicated in the development of neighbouring deposits and other assets of the joint venture between Gazprom Neft and Repsol in the Karabashsky blocks.