Separately, Russia's Komsomolsk refinery was connected via an offshoot to the ESPO pipeline on July 6-7 in order to start receiving crude shipments, a spokesman for Transneft said. The pipeline fill-in was set to start from July 8 and tests would be carried from July 9, with 170,000 mt of crude oil expected to be shipped by the end of July, which is equivalent to around 50 train compositions.

Komsomolsk has been receiving crude by rail until the pipeline offshoot was built. The process of connecting the refinery to the pipeline has been delayed by more than a year after Transneft completed works on the 300 km trunk pipeline from ESPO to the refinery. The delay has been due to various checks and tests, Transneft said.

Until 2021 the planned shipments will be below the 8 million mt/year pipeline capacity and hence a storage will be built on the site of the refinery.

The Surgut gas condensate processing plant, which is halting in early July, will carry out works for around 20 days.

Maintenance at Russia's Yaroslavl has been drawing to a close with units restarting gradually. The maintenance started in early June.

Russia's Omsk refinery has completed the installation of a key equipment from the catalytic reformer L 35/11-600 aimed to increase the output of high octane components. The modernization of the reformer unit is set for completion for 2020.

The upgraded reformer will secure the efficient processing of feedstock from 2 delayed cokers, also due for launch in 2020. By 2021, Russia's Omsk will complete 2 stages of its modernization, which started in 2007.

The refinery is building a diesel hydrocracker. The complex, with a 2.5 mln mt/year capacity, will replace 2 outdated units and will increase production of Arctic diesel. The hydrocracker will begin operations in 2020.
The 2nd stage also involves building a new primary processing complex and deep processing complex. Gazprom Neft said it has completed installing part of the CDU-VDU complex. The 8.4 million mt/year complex will allow the refinery to take outdated equipment out of service and increase the energy efficiency of the refinery.

Separately, Gazprom Neft said it has started installing the main reactor equipment for upgrades to the Omsk delayed coker and has also started assembling the diesel hydrotreater which includes more than 150 Russian-made parts. 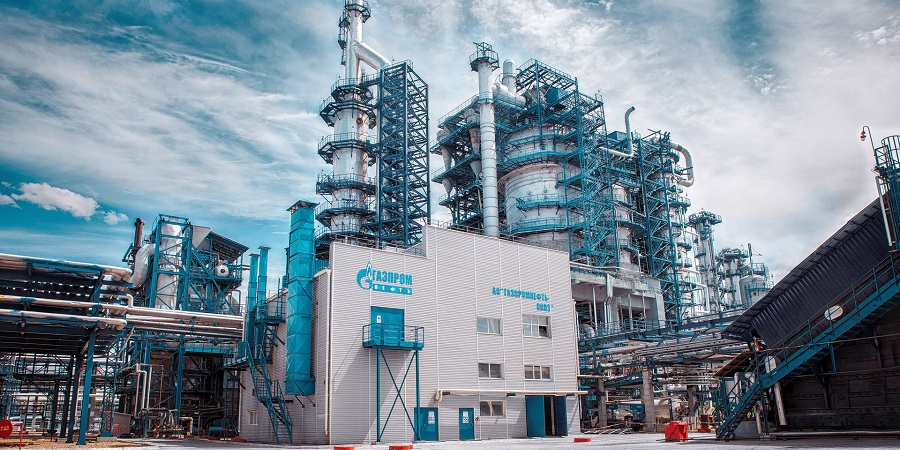 Gazprom Neft said in late April that its Omsk refinery has delivered the 1st test batch of needle coke. The industrial output of the product, which is valuable feedstock for the metallurgic, nuclear, chemical industries, will start in 2021 after the upgrade of its delayed coker. The project will enable the refinery to become the 1st in Russia to produce needle coke, which currently is imported.

Russian Tatneft said that it has started in a test mode the new primary processing unit ELOU-AVT-6 at its Taneco refinery and has produced the 1st batch of naphtha. The 2nd primary processing complex has 6 million mt/yr capacity and consists of desalter, crude and vacuum distillation.

The addition will help increase capacity to 14 million mt/year. The company is also working on new test units for residue hydroconversion with 50,000 mt/year capacity, scheduled to launch in 2020.

Russia's Rosneft reported progress of various upgrade projects. In Yaroslavl, owned by Rosneft and Gazprom Neft through Slavneft, a project has been approved for the construction of a deep processing complex.

At the company's Achinsk refinery works are underway for reconstruction of the gas fractionation column of a crude distillation unit while at the Ufaneftekhim refinery continued the repairs of the hydrocracker following incidents.

Russia's Orsk plans to start building a delayed coker this year. Construction is expected to start in the autumn. Completion and launch are planned for 2023. Separately, the refinery is expecting to complete construction this year on a new unit for the vacuum distillation of fuel oil, which will secure more VGO feedstock.

The equipment is currently being installed. It already has two VDU units as part of the 2 primary processing complexes - ELOU-AVT and ELOU-AVT 3 with the latter having 1.8 mln mt/yr feedstock capacity. But the refinery needs more VGO for the new hydrocracker, which was brought online last summer. Orsk plans to carry out works on 11 units this year.

The Yaisky refinery is currently working on deep processing complex which will enable it to produce gasoline. It includes a gasoline hydrotreater, isomerization and CCR type of reformer. The launch is expected by the end of 2019. It will produce over 700,000 mt/year Euro 5 gasoline.

McDermott International said in October 2018 it was awarded an engineering, procurement and construction contract by Lukoil for the delayed coker at the Nizhny Novgorod refinery in Russia. The delayed coker, which will process 2.1 mln mt/year of residues, will be part of a deep processing complex, including a delayed coker, a diesel hydrotreater, gas fractionation, hydrogen and sulfur units. The complex has been scheduled for a 2021 start-up.

The next stage of upgrades at New Stream Group's Antipinsky refinery in Russia involves some upgrades as well as increasing the capacity of the crude and refined product pipelines. Antipinsky, which can process 9-9.5 mln mt/year of crude, currently gets 7.5 million mt/year of crude.

The Afipsky refinery had received equipment for a new hydrocracker. The VGO hydrocracker, with a 2.5 mln mt/year feedstock capacity, will increase the light products yield by a 3rd and allow the refinery to reach 80% depth of processing. Construction is expected to be completed by the end of 2020.

The Moscow refinery is completing construction of its Euro+ complex, which is the key part of the 2nd stage of a modernization. Its launch is scheduled for 2019. Construction of the complex, which includes hydro treating, catalytic cracking, a catalytic reformer and visbreaking units, started in 2016. It will enable the refinery to take 5 outdated units offline.

The Afipsky and Ilsky facilities in the Krasnodar region have been undergoing upgrades, incl. building hydrotreaters at both plants which will enable them to process higher sulfur Urals crude. They now receive low sulfur Siberian Light crude, but Transneft will start building a pipeline in South Russia with a 4.5 mln mt/year capacity that will ship Urals to them to stimulate processing in the Krasnodar region.

Ilsky, which expected to start receiving Urals crude in the Q4 of 2019, has 5 CDUs, and has been building another CDU, AT-6, which will help increase its capacity to 6.6 mln mt/year. Ilsky is also planning a gasoline complex, including a CCR unit, isomerization unit, gasoline hydrotreater, plus a distillate hydrotreater, hydrocracker and delayed coker.

Rosneft plans to complete its refinery modernization program by 2025. The program includes construction and reconstruction of over 50 units, with work on more than 30 of the units having been finished.

Salavat is working on an FCC due for launch around 2020.

Russia's Khabarovsk refinery plans to build a 2nd phase to the plant close to the existing site, according to media reports. The 2nd phase would double the refinery's capacity to 10 mln mt/year, and aims to cover gasoline demand in the far east of Russia. The company is seeking an investor in the Asia-Pacific region for the 2nd phase of the plant, which incl, an FCC, hydrotreater and a delayed coker.