Former COO of Stanlow refinery: “The 1st step of the digitalization is underway”

Read the extracts from the interview provided by BGS Group for our readers. You can watch the full interview at BGS Talks YouTube channel.

Kristina: Today we are having as a guest Paddy Padmanabhan, Chief Operating Officer at Stanlow refinery, Essar Oil company. Paddy, nice to talk to you today.

Paddy: Nice to meet and talk to you.

K: As far as I know, Stanlow refinery produces 16% of fuels in the United Kingdom. <...> Are you planning to expand these figures?

P: Stanlow is a strategic refinery for the UK. <...> We supply aviation turbine fuel and aircraft fuel to three airports. Manchester is a very large airport, and we are the sole supplier. <...> We are looking at different strategies, but we are not going just to increase these figures, we think about value addition. We are trying to produce more valuable products.

K: What kind of products?

P: We are trying to maximize the production of aviation turbine fuel because now the UK imports it. <...> We don't want just to increase the capacity. We are considering various options. <...> Now it is in a premature stage. In terms of value addition, we think about aviation fuel because gasoline demand is going down. <...> We also discuss petrochemicals.

K: And except aviation fuel, what other focuses do you have now?

P: Our main focuses are aviation fuel and diesel. We are trying to find out whether we can produce petrochemicals. Now we are doing a feasibility study, we examine market demands. We have to be competitive, to have a return on investment. <...> I am sure about aviation turbine fuel because there is a demand, and the hardware is open to improvement. <...> But other products will depend on the financing, the return on investment and what are the predictions for the future. 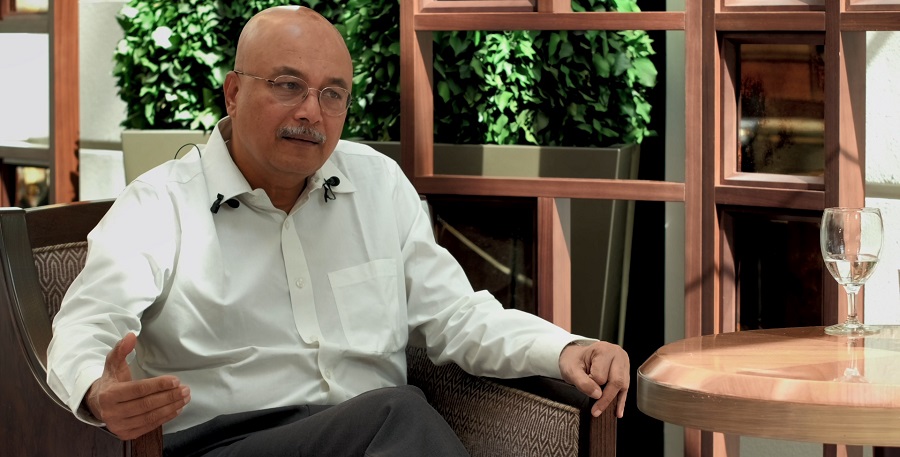 K: Talking about digitalization, what is your key goal now? Are you going to digitalize some processes, or to build the digital plant as a whole?

K: Should we expect the new level of digitalization at Stanlow refinery in the nearest future?

P: I am not sure, but it is an ongoing process. I think it will take from three to five years to complete the digitalization. The problem is that by the time we complete it, there will be more modern technologies. Digitalization is a continuous improvement and development which will not end. That is what the whole business is about: things are continuously changing.

Follow the link to the full interview to learn more about the low-carbon industry in the UK, and Paddy’s experience in creating a strategy that allowed Bharat Petroleum to raise the capacity from 30 mln tons to 50 mln tons in 5 years. Also as a C-level manager, Paddy gives a piece of advice on how to manage multitasking and network at the events.

This is the 5th episode of BGS Talks show. From the previous episode you can learn more about the ReOil project and Nord Stream-2 from Manfred Leitner, a former member of the OMV Executive Board (2011-2019).