German Chancellor Angela Merkel stated it is "right" to complete the planned 55 Bcm/year Nord Stream gas pipeline from Russia in light of the threat of new US sanctions against the project, S&P Global Platts analysed.

Merkel, speaking July 1 in the German parliament, said US sanctions "did not correspond" to Germany's interpretation of international law.

Just 160 km of Nord Stream 2 is left to lay in Danish waters out of the total 2,460 km length after the US 1st implemented sanctions in December.

New extended sanctions have been proposed in the US, which if implemented would target more companies involved in the construction of the pipeline, including service providers and insurers.

"We believe that the type of extraterritorial sanctions imposed by the US is not in line with our understanding of the law," Merkel said. "We have to concede, however, that this will make the construction process more difficult," she said. "Nevertheless, we believe that it is right to complete this project, and we are acting in this spirit."

Merkel's comments come as opposition in Germany to the US interference in Nord Stream 2 is starting to ratchet up, with parliamentarians calling for a strong response to the US measures. Gas lobby groups are also increasingly concerned that the pipeline may never be completed.

Timm Kehler, chairman of the German gas advocacy group Zukunft Erdgas, said July 1 that new infrastructure that would ensure Europe's gas supply "should not be threatened by extraterritorial sanctions."

"If the [new US] sanctions are actually enforced, the completion or commissioning of the pipeline is currently not possible," Kehler said. "In view of the fundamental importance of the threat of sanctions for EU trade and security policy, we believe that a quick and visible reaction by the German parliament and corresponding intervention by the European Commission to the US government are necessary," he said. "Time is short because the sanctions will be decided in Washington at short notice."

Danish approval
Gazprom said last month that construction of the pipeline was still set to be completed at the end of 2020 or the start of 2021 despite the threat of expanded US sanctions against the project. 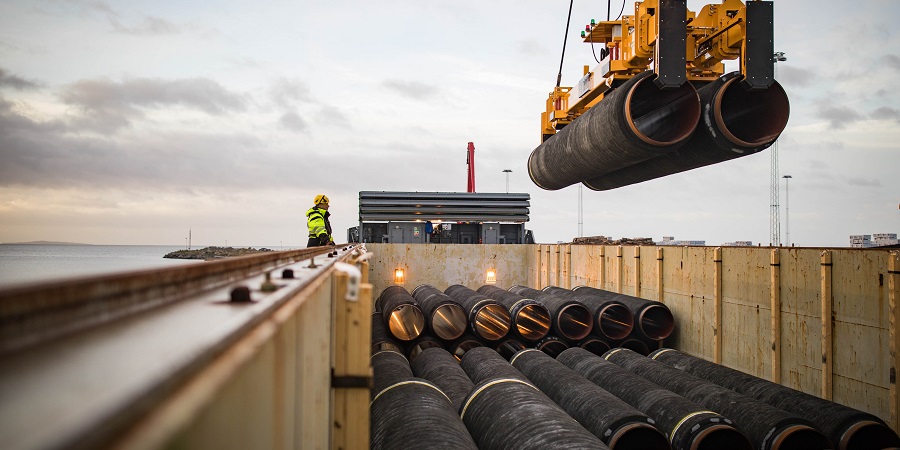 Gazprom's head of investor relations, Anton Demchenko, told investors the company continues to pursue its completion. "I can briefly confirm that we continue to work on this project and expect that its construction will be completed at the end of 2020 or the beginning of 2021," he was quoted as saying by the RIA Novosti.

The project developer has said it is still looking at its options for completing the pipeline and last month asked the Danish Energy Agency - as a precautionary measure - for an amendment to its Danish pipelaying permit to allow the potential use of pipelay ships that use anchors for positioning.

Denmark expects to rule by mid-July on the request. Nord Stream 2 had hoped to bring the pipeline online by the end of 2019, but 1st permitting issues in Denmark and then the US sanctions meant the project has been delayed.

The pipeline is crucial to Russia's plans to scale down from 2021 the use of the Ukrainian transit corridor in its gas supplies to Europe.

According to the Danish permit from October 2019, pipelaying ships, such as the Pioneering Spirit used by Switzerland-based Allseas to lay much of the pipeline before the US sanctions forced it to halt work, should have dynamic positioning capabilities.

Nord Stream 2 said the technique of using anchored ships was used successfully during the installation of the already operational Nord Stream pipelines in Danish waters, and for the Nord Stream 2 pipelines already installed in German waters.

However, being anchored would slow significantly the progress of a ship laying the pipeline, while ships with dynamic positioning are able to lay pipe at a much faster rate.